This fall Fox refreshed its Sunday “Animation Domination” block, adding new series Bless the Harts to long-running hits The Simpsons, Bob’s Burgers and Family Guy. Starting at 8 p.m. ET, the four-pack of cartoons offers an alternative to the Sunday night NFL game each week. To examine viewership insights around this signature TV block, we turned to Inscape, the TV data company with glass-level insights from a panel of 12 million smart TVs. And to round out the picture, data from iSpot.tv about advertiser support for these shows.

First, a look at audience crossover among all four of the shows so far this season. A note about methodology: You have to do more than just flip past a station with your remote to count as a “crossover viewer” in Inscape’s system. For the data below, the minimum viewing threshold is 10 minutes. 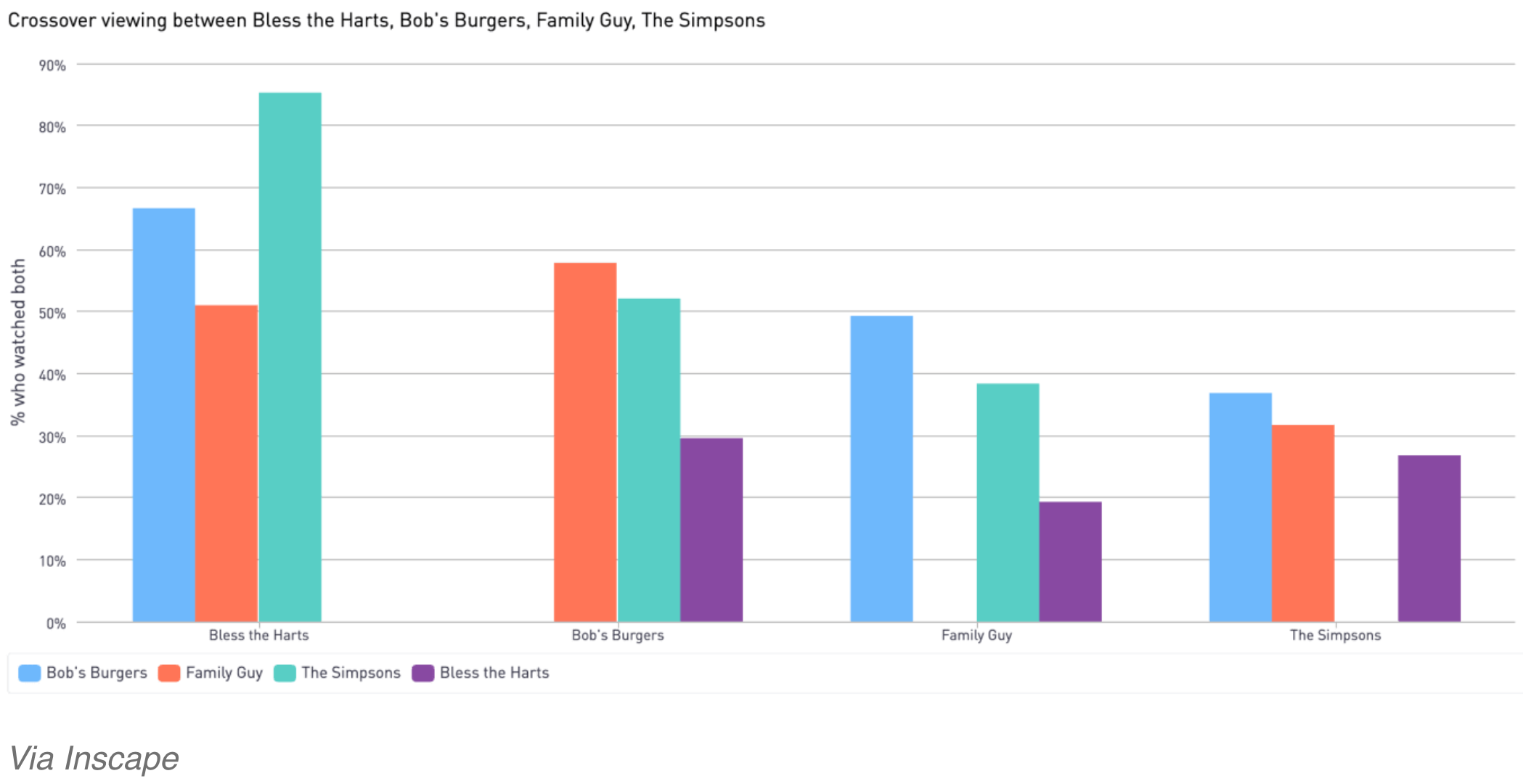 Also of note is viewership location for these series. While The Simpsons and Bless the Harts have noticeable heavier Midwest tune-in, the Bob’s Burgers and Family Guy audiences are generally more spread out (on the heatmaps below, the darker the color the more households were tuning in). 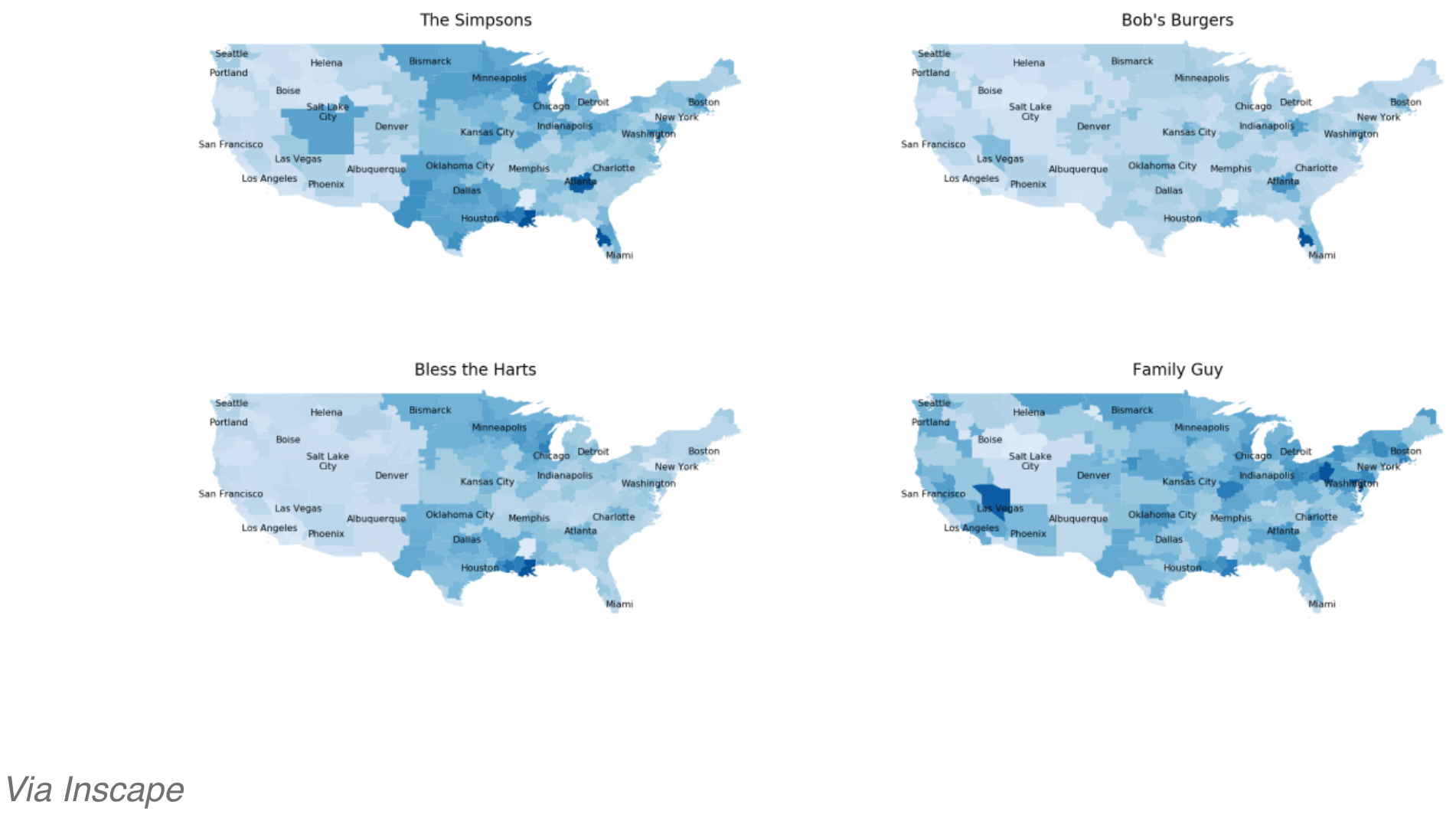 We were also curious about time-shifting trends for these series. Overall, The Simpsons was more likely to be watched live, and Family Guy had the highest rates of DVR and OTT viewership. 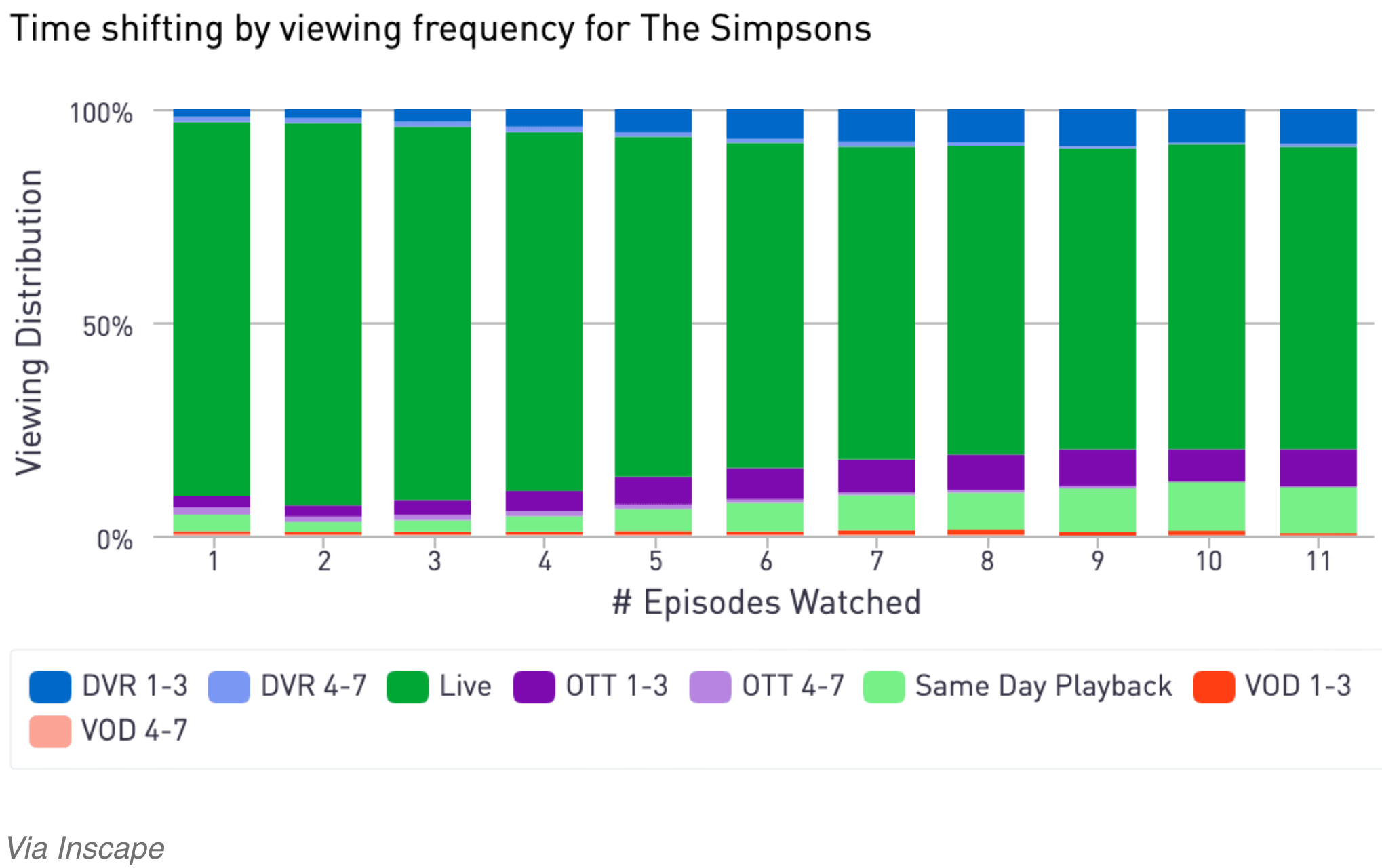 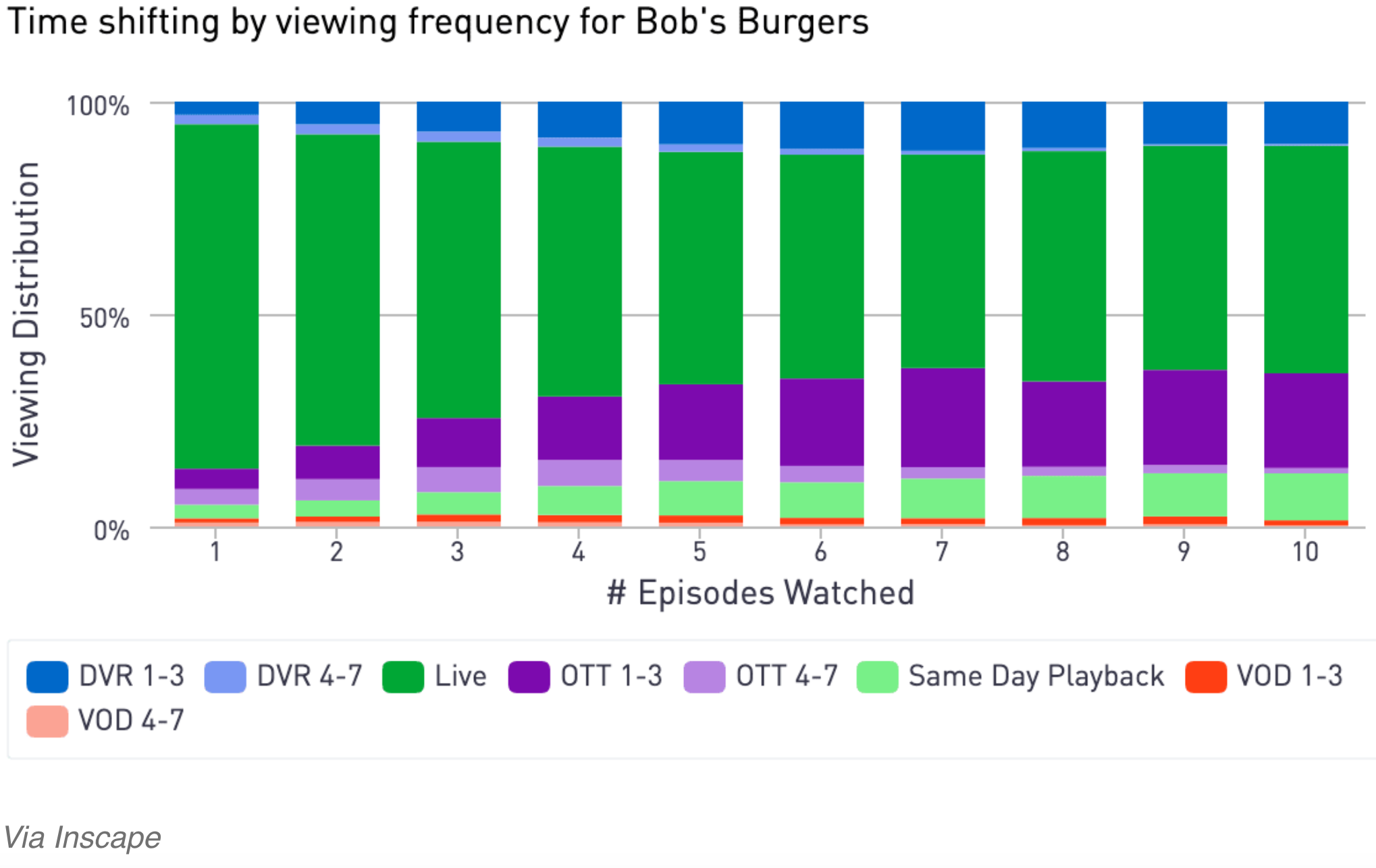 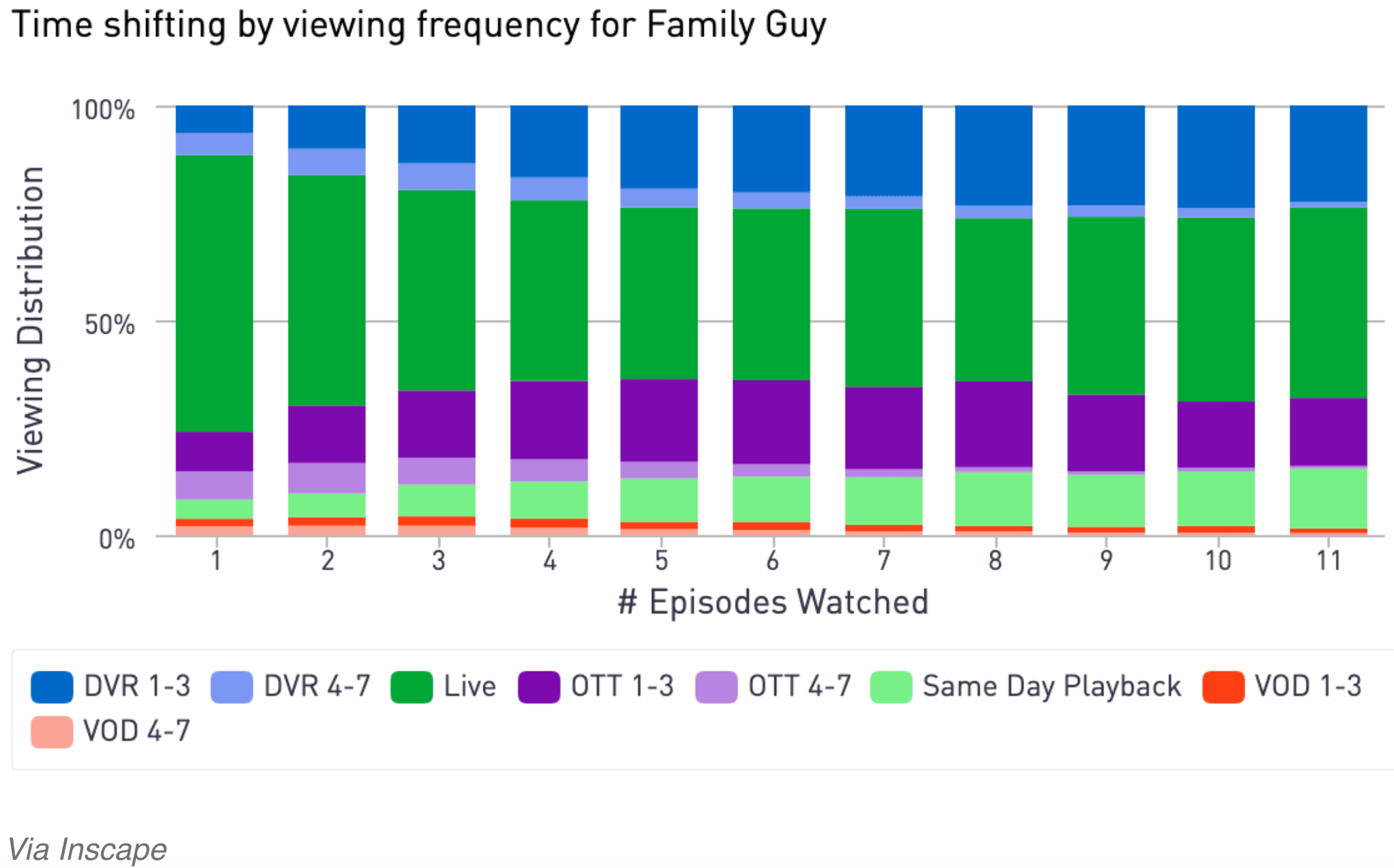