HBO's ‘Ballers’ and ‘Insecure’ Are Back: Viewership Analysis

Data from Inscape, the TV measurement company with glass-level data from a panel of more than 9 million smart TVs and devices, reveals that there was a good amount of viewership crossover between the two premieres on Sunday. Of the Ballers audience, 33% stuck around to watch Insecure, while 44% of Insecure viewers also tuned into Ballers. 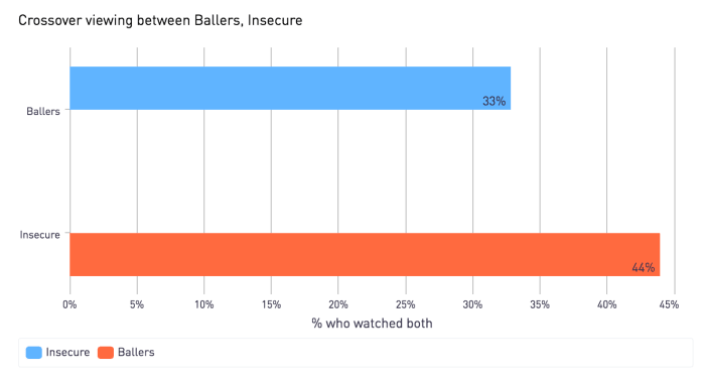 Also of note is that this audience isn’t necessarily only into HBO or other premium content — of the other shows watched by these viewers, reality hit Love & Hip Hop: Atlanta on VH1 tops the list, followed by The Real Housewives of Atlanta, blackish, First Take and NBA Basketball.

Inscape also shared a heatmap of where households tuning into Ballers and Insecure are located (on the heatmaps below, the darker the color in the graphic, the more households were tuning in). Hot spots include DMAs around Las Vegas, Los Angeles and Phoenix, as well as Washington D.C., New York City, Atlanta and Miami.