By the Numbers: 61st Annual Grammy Awards on CBS

Sunday was a big night for music with CBS airing the 61st annual Grammyshosted by Alicia Keys. Awards went out to the industry's top artists, from Kacey Musgraves and Lady Gaga, to Cardi B, Drake and Childish Gambino, among others.

The biggest focus was on the performances, however, and several of them stole the show for audiences both on linear TV and social media. We worked with iSpot, Tubular Labs and Inscape to surface advertiser and viewer trends around the program. 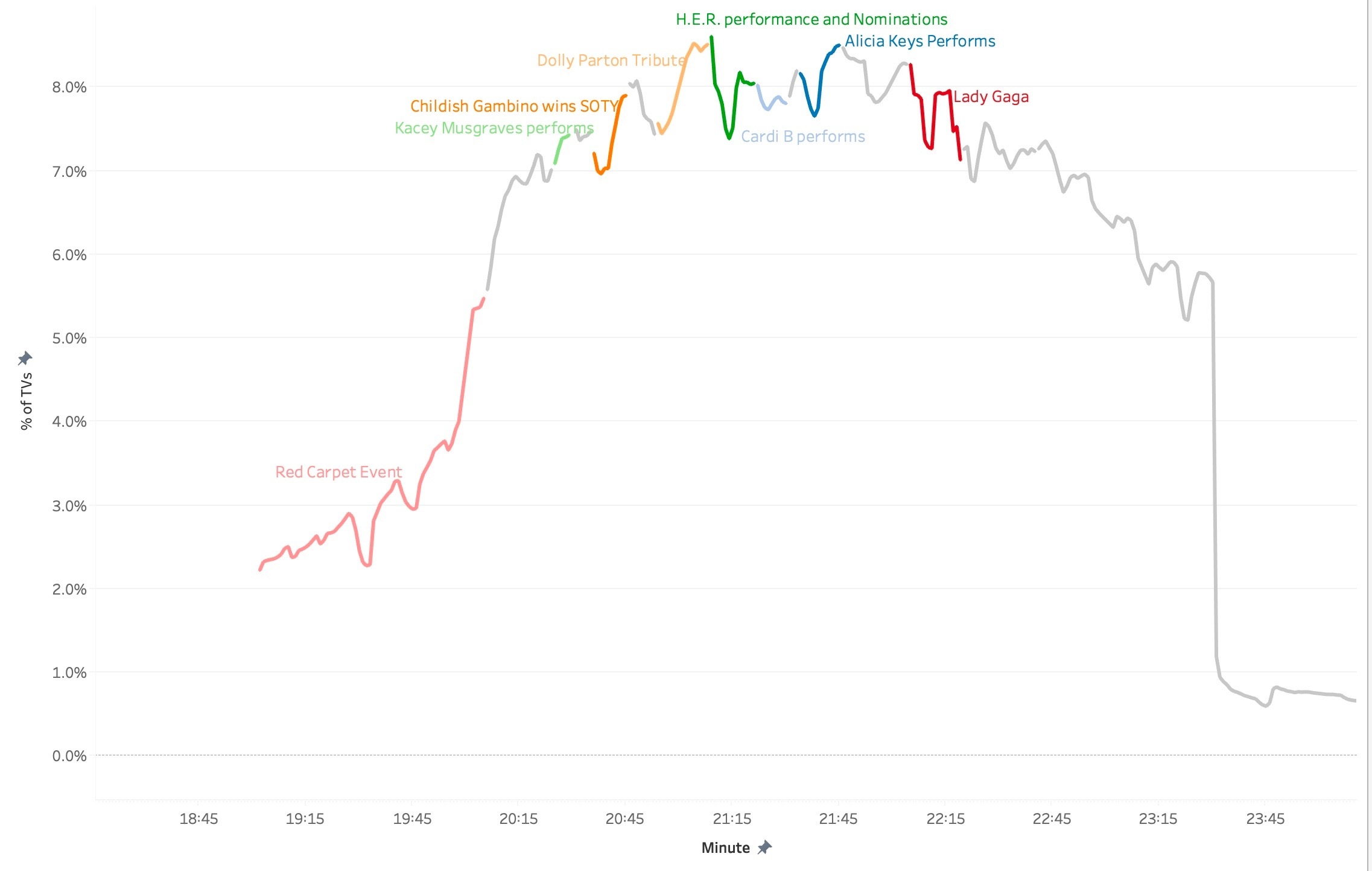 According to Inscape, the ACR data company with opt-in screen level data from 10 million VIZIO TVs, the Grammys audience spent the majority of time on TV screens in 7% of households with an hour-long culmination starting on the rising trends driven by Dolly Parton that peaked for the start of H.E.R. and rebounded again during Alicia Keys’s performance.

A look at the top three markets: 6% of households in NYC were tuned to the show on a live basis, whereas Los Angeles was more likely to time-shift and things generally declined after Dolly Parton in Dallas, but all markets held steady without huge in-show deflection.