Are you focusing on the NewFronts yet? We are — and leading up to the presentations in New York next week, we’re taking a look at some of the major players set to take the stage.

First up: Viacom, which will share what it has planned for digital. Last spring, the company announced digital-first programming and talent deals, including Nickelodeon’s partnership with rising YouTube star Annie LeBlanc.

In advance of the media giant’s presentation, we’re taking a look at the four key Viacom TV properties — BET, Comedy Central, MTV and Nickelodeon — that will likely factor into Viacom’s NewFronts in some way. We’ve put together topline ad and viewership trends from TV ad measurement and attribution company iSpot, and Inscape, the TV data company with glass-level insights from a panel of more than 10 million smart TVs. The data here covers Jan. 1 through April 15.

The programming delivering the highest impressions counts include a mix of classic and first-run shows: Martin, The Fresh Prince of Bel-Air and black-ish, plus the movies Tyler Perry’s House of Payne and Tyler Perry’s Meet the Browns.

According to Inscape, other networks that BET viewers are likely to watch include TV ONE, MTV2, VH1, Fuse and Centric.

When it comes to audience location, Inscape’s analytics reveal higher concentrations of viewers in areas of the Southeast, as well as in the Las Vegas DMA (on the heatmap below, the darker the color the more people on average are tuning in). 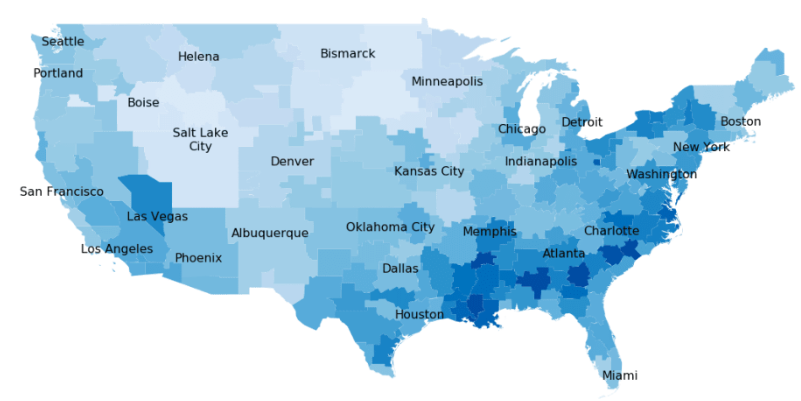 AT&T Wireless, Taco Bell, GEICO, Burger King and Credit Karma are among the brands that have spent the most money on Comedy Central so far this year, according to iSpot.

Also per iSpot, some of the programming delivering the highest ad impression counts include syndicated series: The Office, South Park, Parks and Recreation, Futurama and The Cleveland Show.

Other networks that Comedy Central viewers are likely to watch include FXX, Paramount Network, Viceland, TBS and IFC, according to Inscape.

Top spending brands for MTV so far in 2019 include Gatorade, GEICO, AT&T Wireless, Credit Karma and Taco Bell, according to iSpot.

Other networks that MTV viewers are likely to watch include, as you may expect, VH1, MTV2, BET, E! and Fuse, according to Inscape.

The Northeast, and in particular western New York and parts of Massachusetts, are hot spots for MTV viewers, also according to Inscape. 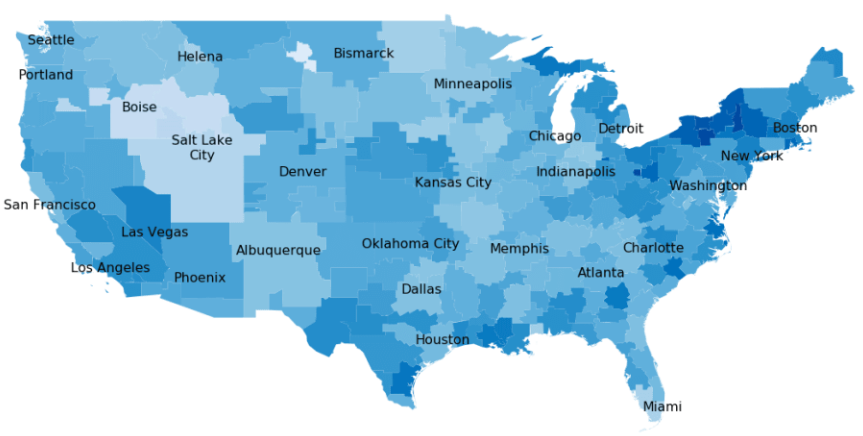 Top spending brands for Nickelodeon so far in 2019 include Goldfish, Hasbro Toys & Games, Paramount Pictures, ABCmouse.com and LEGO, according to iSpot.

Also according to iSpot, SpongeBob SquarePants, PAW Patrol, The Loud House, Henry Danger and Bubble Guppies are among the shows delivering the highest ad-impression counts.

According to Inscape, Nick viewers are most likely to watch other networks that are geared towards a younger audience such as Nick Jr, Nicktoons Network, Disney Junior, Disney Channel and Disney XD.

And finally, here’s the viewership heatmap for Nickelodeon, courtesy of Inscape: 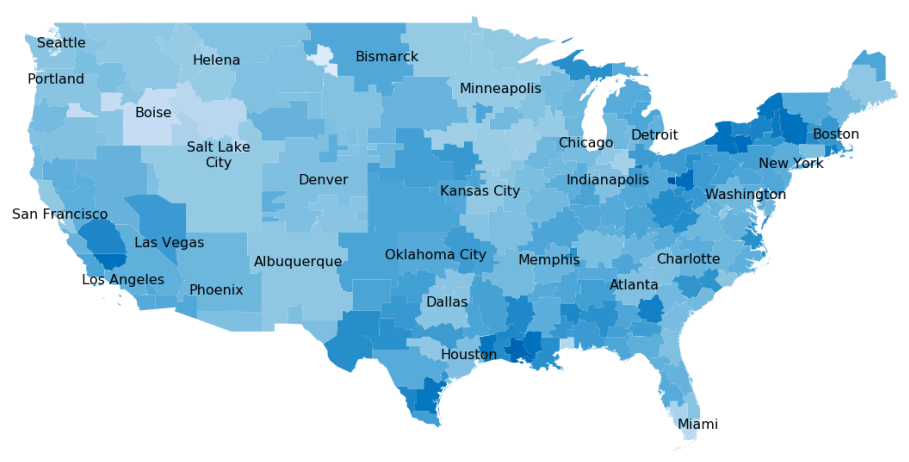