Last year we used data from Inscape, the TV data company with glass-level insights from a panel of more than 10 million smart TVs and devices, to examine viewership trends around late-night talk shows. With Conan’s return to TBS with a new, shorter format this year, we wanted to revisit the topic and look at viewership crossover trends not only among the separate shows, but also the seasons of Conan to see how many fans are sticking around for the new format. In addition to Conan, we looked at ABC’s Jimmy Kimmel Live, NBC’s The Tonight Show Starring Jimmy Fallonand CBS’ The Late Show with Stephen Colbert, as well as another TBS show, Full Frontal with Samantha Bee.

(A note about Full Frontal: unlike the others it’s a weekly show, and although it arguably falls outside of the traditional late-night daypart, many in the industry tend to group it in the same genre, so we’re including it here.)

First, let’s dive into the new season of Conan, which began airing on Jan. 22. Of the viewers who watched the old, 1-hour episodes last year, only 16% have gone on to watch episodes so far this year, while 46% of people tuning in to the 2019 season are new viewers. 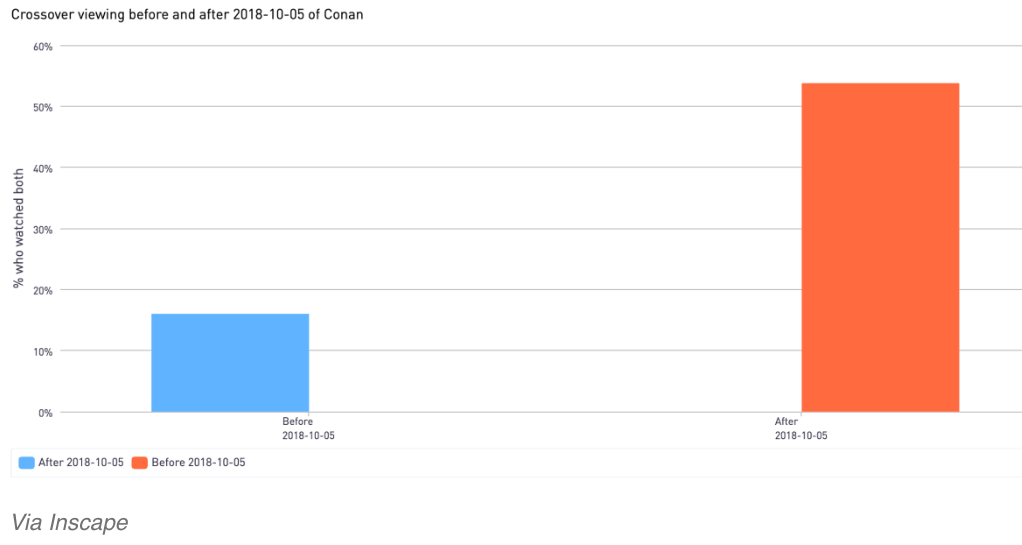 Inscape can also provide a minute-by-minute look into individual episodes. Below is a graph of viewership for the February 7 episode, which featured special guest Nick Kroll. Perhaps to be expected, tune-in was highest at the start of the show and dropped off as it went on. This trend also occurred with last year’s hour-long episodes, and it’s worth noting that the other late-night shows have similar minute-by-minute trends.

It’s interesting to note time-shifting trends for Conan: although the majority of viewers tune in live, there’s a slight uptick in DVR use the more episodes a viewer has watched. This happens even more so for Full Frontal, which has higher time-shifting overall, perhaps due to its once-a-week nature. 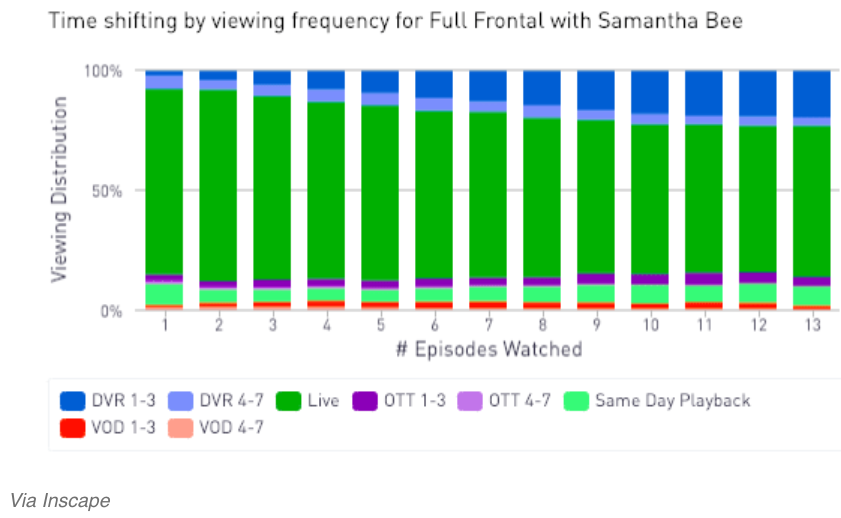 Below is a look at the viewership crossover among all of these late-night shows in the last 30 days. A note about methodology: You have to do more than just flip past a station with your remote to count as a “crossover viewer” in Inscape’s system. For the data below, the minimum viewing threshold is 10 minutes. 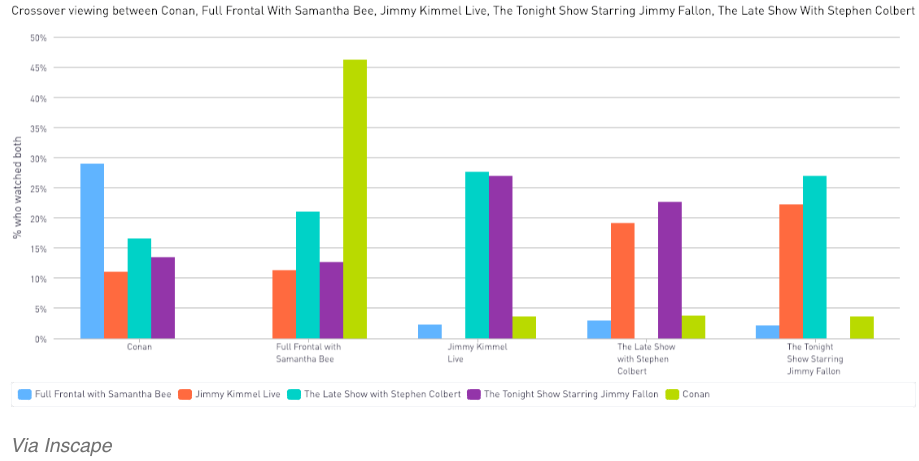 As you may expect, crossover is highest for Full Frontal and Conan — 46% of those who watched Samantha Bee on TBS also tuned into Conan, and 29% of Conan fans had watched at least ten minutes of Full Frontal. On the other stations, 28% of Jimmy Kimmel viewers watched The Late Show With Stephen Colbert and 27% watched Jimmy Fallon.

When looking at other shows these viewers have watched recently, a few other late night shows top the list (James Corden, Seth Meyers), followed by Nightline and ABC World News Now. 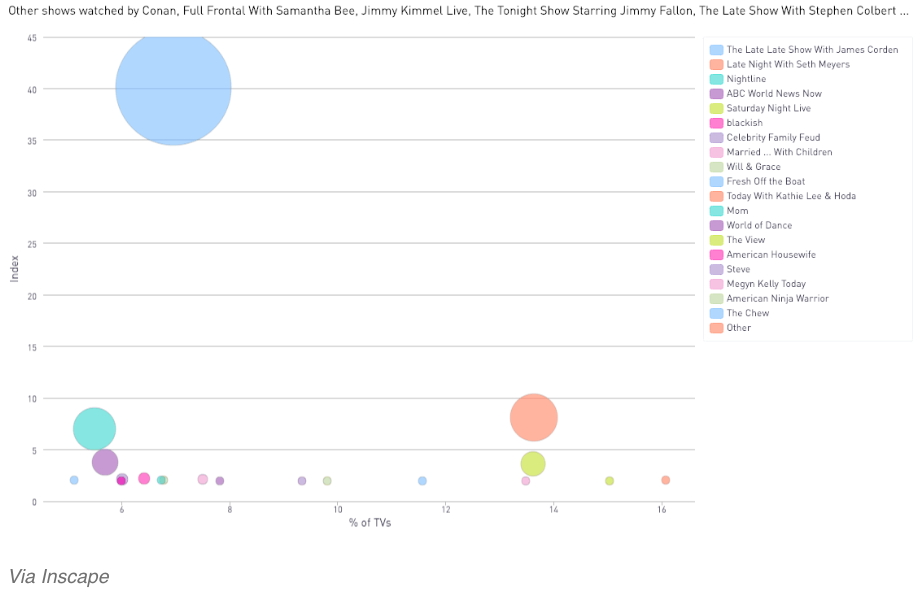 Here are heatmaps of household viewership for the five shows across U.S. DMAs in the last 30 days (the darker the color, the more households were tuning in).